He was classified at the time of his procedure as a stage 5a to 6. It was determined his hair loss was going to continue and eventually he would be a stage 7. It was advised he resume the use of Finasteride that he had previously tried to prevent further loss. The medication was to be an important component in his hair restoration plan. It would likely be the determining factor in whether subsequent hair transplants would be needed.

His hair transplant surgery consisted of 5266 grafts to rebuild his hairline and frontal zone working back into the mid scalp. Areas of thinning or bald scalp were addressed with the typical approach of higher density in the frontal zone with a reduction in density moving back towards the crown. Of the 5266, 1334 were single hair grafts, 3511 were double hair and 411 were 3-4 hair grafts. It was a smooth surgery and lasted about 10 and a half hours.

The strip size was 30 cm long by 1.5-2.0 cm wide. His donor density was slightly above average and the texture was average.

While another hair transplant surgery is not in the future plans nor necessary at this stage, if he was to need another hair restoration procedure, he would still have approximately 3,000 or more grafts left in his donor reserves. As is the case with virtually every patient that has lost their hairline and frontal zone, this patient’s hair transplant provided a significant cosmetic improvement that the photos clearly confirm.

These ‘after’ photos were taken 1 year from the time of his hair transplant surgery. This patient was upfront at work about his transformation and did not hide the fact he was having a hair restoration surgery from his colleagues. Oddly enough many people who are not told don’t pick up on the profound change as a result of the hair transplant. They may say you’ve lost weight or in this case “Oh, you look very good with your beard”. We frequently hear from patients that many people don’t seem to know there is more hair but something is different. When it looks natural, it does not draw attention even though the appearance has been significantly altered.

The difference between the possible stage 7 with very little hair that he was heading for and essentially what is now a stage 2 is astounding. 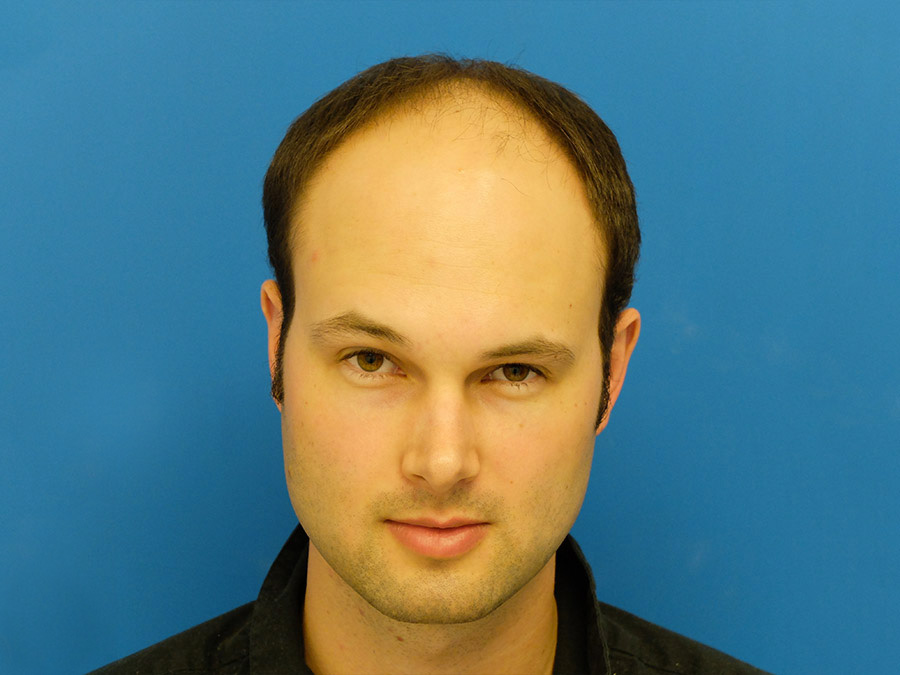 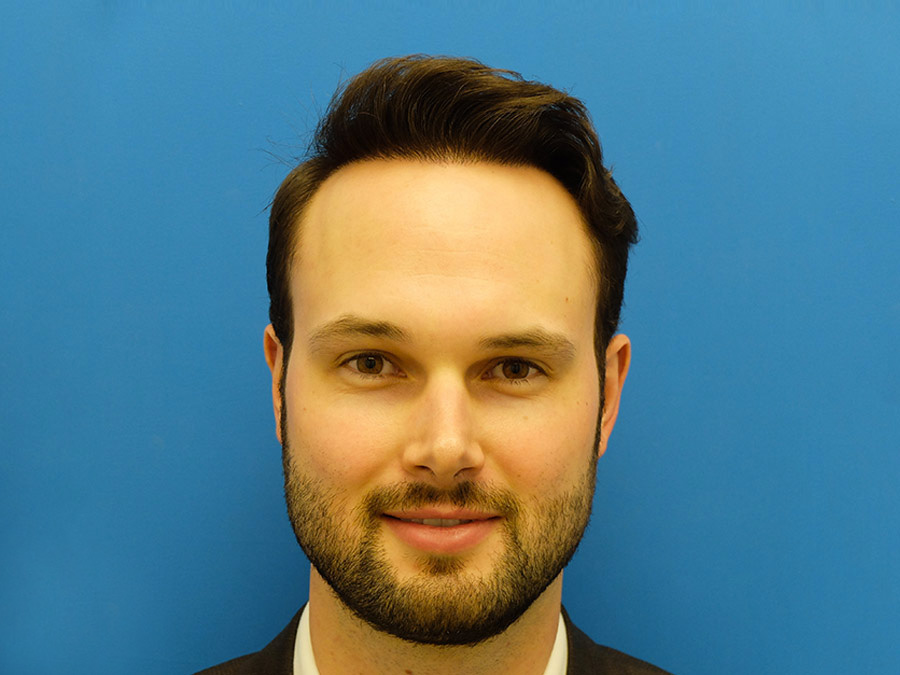