This Vancouver area patient in his 30’s was bother by the thinning of his hairline, particularly in the corners. He wanted the option to wear his hair very short on the sides and back which influenced his decision to choose FUE as the method of extraction. The game plan was to reconstruct the hairline at it’s existing location in addition to reducing the temporal angles. Very pleased with the outcome, he came back in 18 months post-op to show Dr. Hasson his result. 1310 grafts via FUE were used of which  184 were single hair grafts, 677 doubles and 449 were 3-4 hair grafts. A  0.8 mm punch was used. 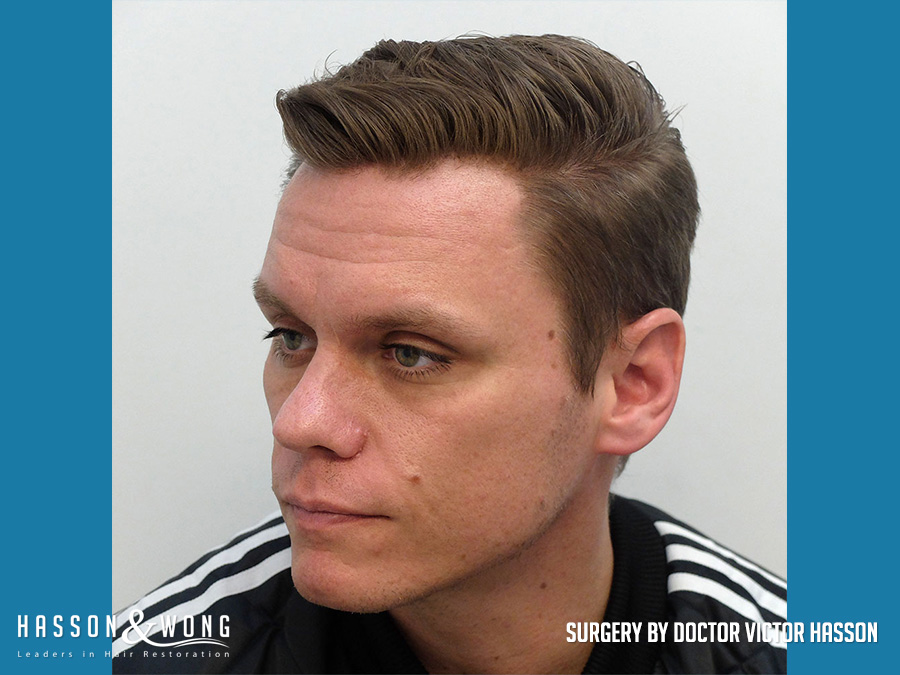 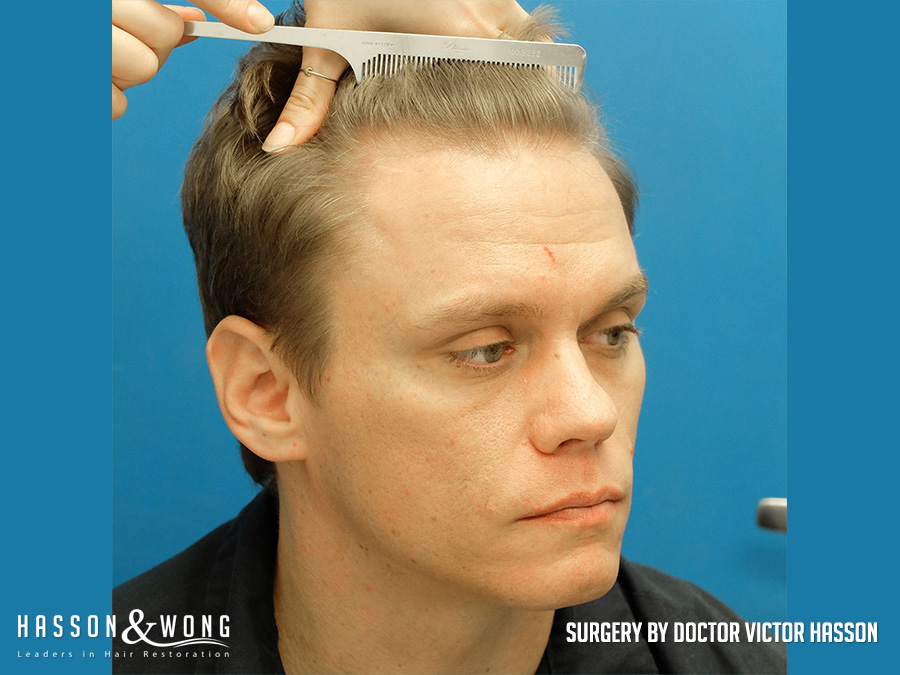 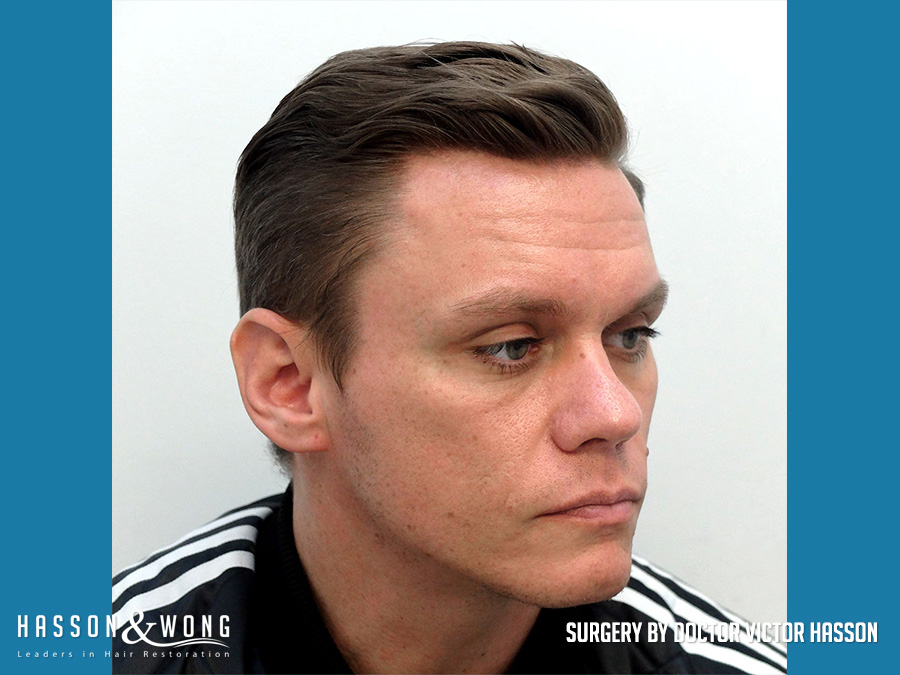