This Vancouver based patient in his late 20’s approached Hasson and Wong in hopes of restoring density to his hairline. He first began to lose his hair in his mid-20’s characterized by thinning of the temples along with some hairline recession. His father’s side of the family has varying degrees of hair loss while his mother’s side has more favorable genetics for hair loss. Upon review of this patient’s case, Dr. Wong determined he would be a good candidate for the procedure and the wheels were in motion. During the course of the one-day FUE procedure, Dr. Wong and his staff successfully transplanted 1300 grafts to restore a slightly lower and much stronger hairline. Temple points were also reconstructed. 203 of these grafts were single hair grafts, 733 were doubles and 364 were 3 hair grafts. These photos were taken approximately 1 year after the procedure and he is very happy and impressed with the final results.

After: Front Close Up 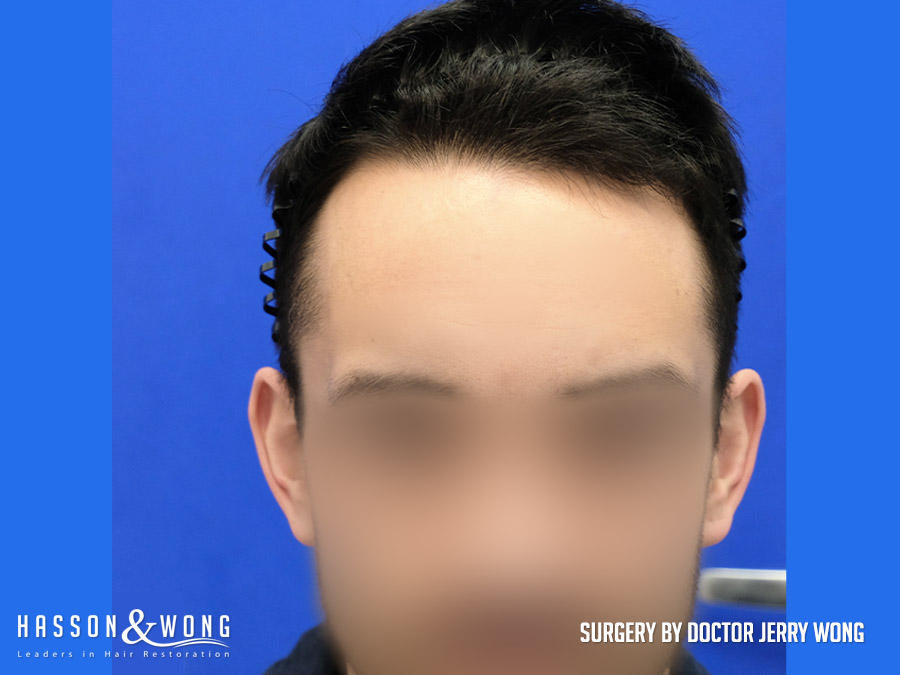